Speed Up Slow Down Season

Someone accidentally decided the test the laid-back nature of an Island Transit bus driver, who proved his skill by not getting into an accident. The speed up slow down season begins as Memorial Day passes, sunshine is burning away the clouds, and the summer crowds return. It is time for islanders to speed up as visitors come to the island to slow down. We meet in the middle, hopefully without much horn honking or fender crunching. 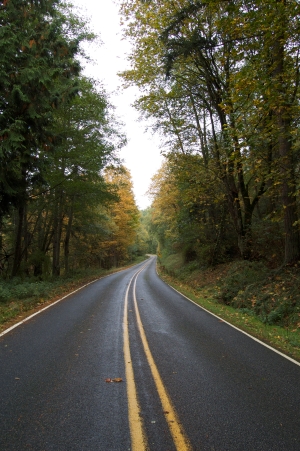 Applaud the driver of Bus Route #1. Up to full speed heading south down the ‘highway’ (the two-lane road that is State Route 525), a road along which there are few traffic lights, and lots of places for cars to pop out of driveways and side streets. From full speed to almost no speed as a car came out of a road known for being a mix of asphalt and gravel. Full-size bus at speed, meet someone who wasn’t thinking or looking. Brakes, a rare blast of the horn, and from the passenger’s perspective a car so close that only a tire or two could fit between them. This was not a bedraggled island car that couldn’t accelerate. Prepare for someone trying to live a stereotype. It was a fairly new, black, two-door Mercedes convertible – with out of state plates. Just because a car is known for excellent handling qualities and acceleration doesn’t mean it will be driven well. Was someone scripting this for a movie?

No harm. No foul. Just some raised blood pressure and maybe a few or several unspoken foul words. The commendations for professional driving were a bit more vocal.

Some people move to Whidbey Island to slow down, year round. It is easy to settle into an island-time pace. That pace can be so slow that it catches others by surprise. Other places talk about work/life balance. Here, it gets exercised leading to shorter business hours and more days spent at home, maybe leaving a Shut sign on the shop door.

Some people visit Whidbey for a vacation, or as a second home, as an escape from a hectic life elsewhere. For a while the motto was something like, “Come to Whidbey Island and do nothing.” Honestly a good idea, but not something that encouraged visitors to do something like eat out or shop. There is plenty to do here, but there is also plenty of opportunity to not do here.

So, for a few short weeks as school years end and temperatures climb, the island pumps the cultural clutch as lifestyles lived at different speeds mesh. Fortunately, there are lubricants for those grinding noises. Select which one works best for you.

The ferry schedules are shifting. Swimming pools are being filled. Gardens are planted, with blossoms being enjoyed, and weeding in progress. Businesses are hiring for seasonal workers, and can be caught between students still in school while tables are filling with folks who want their meal. Open the windows, wash the walls, maybe even wash the car, truck, or bike.

For a few months, the population will climb, probably more than doubling in some neighborhoods. Boats will move from storage to moorage. Businesses will broaden their hours and days. Lines will be longer, a few more horns will be honked. Expect company at the beach, especially while the whales are visiting, too. Some folks will speed up. Others will slow down. But leave a little room and watch those around you as we all start moving a bit more in synch.