Is it safe to come out? (This isn’t about the LGBTQ community, which is definitely worth knowing about; but that’s a topic better written by someone that’s a part of that community.) This is about a far simpler issue: locals looking around after Labor Day and wondering if it is finally safe to come out of their summer coping schedules which sometimes means staying home more often than usual. Labor Day has passed. The Quiet Season begins, again.

Look at the roads. A Friday afternoon and not a car or truck in the picture. Whidbey Island holds enough wealth that there will always be a few high-end vehicles rolling along; but as last year’s post points out, “there will be far fewer Ferraris, Maseratis, Harleys, and…” That ‘and…’ covers a lot. During the summer, exotics tour the island. Folks vacationing for months, or simply gliding through on road trips and day rides create a sporadic display of cars that should be chronicled on car shows. Now, the balance swings back to Priuses (the arguably better plural of Prius than Prii) and pickups (a bunch of vehicles that need no such debate.) 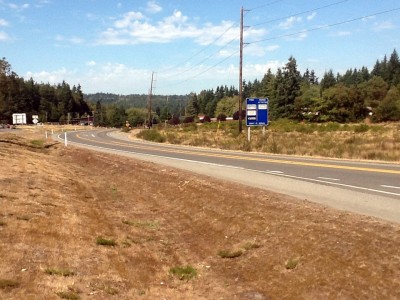 It’s almost as if, when the school buses get busy, the roads get empty.

Labor Day to Memorial Day, just under 3 months, about 266 days – that’s the prime season for many of the locals. Outside summer the noise drops, as does the traffic; shopping can be done any day, not just on weekdays; lines are shorter, restaurants have more seats and are more relaxing; schools get busy, and there’s more room in the parks. People who avoided the other people can come back out into the community and be more personable. The visitors are appreciated, but the locals define the community and the character the rest of the year. The locals are the ones who naturally create the lifestyles, attitudes, and culture that keeps them here most of the year and brings the visitors back next year.

Of course, there’s less sunshine, more rain, fewer daylight hours to get things done; but it is also easier to find a parking space. Even the ferry system gets some relief. Instead of long lines starting days before and after the weekend (basically starting to fill the entire week), long stretches of time go by without announcements of delays measured in hours.

There are some places that get busy in this shoulder season. In the last few weeks before Labor Day, recycle yards accumulate a season’s worth of hopefully clean discards. On the other side of Labor Day, it’s time to order up firewood, harvest the gardens, and eventually switch to sweaters. Burn bans may rule in summer, but now the island enters the time when it’s safe and fun to roast a meal of homegrown goods outside, while sitting around a fire, maybe while drinking a beverage.

Boats are being pulled out of the water, giving the salmon and the crabs fewer interruptions. Jet skis quiet. Throaty motorcycles and convertibles are garaged. There are probably even fewer private and chartered airplanes flying to and over the island. Chainsaws and lawn mowers fire up, instead. Weeds that somehow managed to grow through the summer drought get whacked back. Leafblowers will chase Big Leaf Maple leaves off the pavement and walkways. It isn’t that there isn’t noise, it’s just the nature of the noise that changes: from exuberant and frivolous to determined and pragmatic. 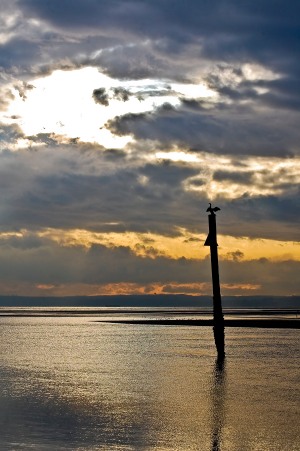 Now is when the natural quiet begins. From dusk to dawn, people get quiet and nature returns. Deer and bunnies, osprey and eagles, whales and seals relax, live, and play more naturally. Sit quietly on your deck or porch, and watch the show walk, fly, and swim by. Free entertainment, as long as you’re willing to come out of the house, settle in, listen, and enjoy the parade that lasts the majority of the year, the time of the year accidentally reserved for the locals – and the visitors wise enough to come back even though it isn’t summer. Just make sure you bring a sweater, and a hat, and maybe some sensible shoes.