Get ready for some data.

Overall, Island County got a 71.8. That sounds like a C, but the average for its peers is 45.3. Ouch. Let’s see why that happened.

The population is definitely educated, with 42.9% having an advanced degree compared to the norm of 27.3%. The kids seem to be doing well, too – at least at the start. More fourth graders than average meet the standards 60.2% vs 51.6%, but the high school graduation rate is 3.9% below the national average of 87%.

Economically, there’s a surprise. Whidbey Island is working on becoming more affordable, but Island County’s poverty rate is less than 10% (9.6%). That’s below the national median of 16% despite having a higher unemployment rate, 6% vs 5% (national median). The jobs aren’t very diverse, though. The rest of the nation gets a score of 0.72, indicating lots of different types of jobs. Island County gets a score of 0.16, which reinforces the perception that there are two main job centers: Naval Air Station Whidbey Island, and tourism. Unfortunately, affordability does become a housing issue. It takes 60.2 hours to afford a one bedroom apartment even though the national median is a more reasonable 42.5 hours.

Whether the measure is violent crime, homicide, or crashes, Island County only has about half the occurrences.

As documented in another post, non-profits are popular with 44.3/100K vs 38.1/100K for the US. (Dive into the post for a breakdown by city or region to be impressed with Clinton – no relation.) 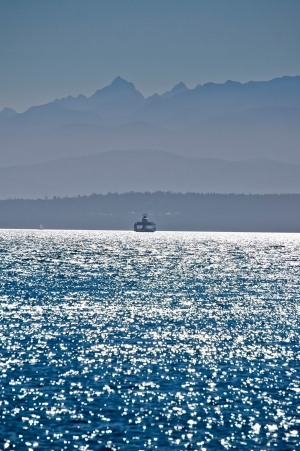 Sadly, but not surprisingly, commutes are longer. Ferries will do that to the numbers. The national median for hour-long commutes is 6.4%. Feel sorry for the 15.5% of islanders who spend more of their time traveling. Of course, a ride on the ferry is a bit more romantic than a ride in a bus.

Two stellar stats stand out by hitting the extremes. 1) Zero, count them, 0, naught, no days with extreme heat. (Though don’t be surprised to find people complaining about the temperature reaching 80F.) 2) One hundred percent, 100%, 1/1, everyone (really?) has internet access. Thank local firms like Whidbey Telecom for that (but don’t be surprised if it is a little less than 100%. Some folks retreat here to get away from cell phones, power lines, and the Internet.) 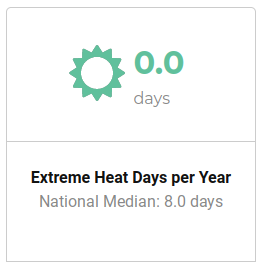