“Please maintain a social distance of at least 6 feet.” So much for dancing for a while, but how hard is it to maintain a six foot radius when there are billions of people on the planet? (See the previous post for sources of coronavirus directives.) Thanks to wikipedia, someone calculated a density of about 129 people per square mile of land. That works out to about 0.20 people per acre, which means each person could have a social distance of 262 feet. No problem. (And you’re welcome to check my math on Pi Day.) OK, everyone, spread out. That’s not going to happen. It is rather difficult to spread folks out across the Sahara, healthily. If folks stay home, how much room do they have in each community on Whidbey Island?

Let’s take a look at an intermediate step. Urbanization has been popular. Seattle has been a prime example of people returning to downtown zones. Within city limits, Seattle’s density is 8,882 people per square mile. (Which means all of Whidbey’s population could fit in 10 square miles of Seattle. Think Downtown plus Capitol Hill.) Square miles are big. That translates to 13.9 people per acre. Not bad considering acres. That’s a 32 foot radius around each person. That may be a bit problematic for those who have to stand in the middle of I-5; but it is encouraging.

Ah, but Whidbey Island is designated rural for a reason. Here, houses frequently are surrounded by acreage. Clinton only has 1.4 people per acre. Freeland has less than one, 0.8. And Greenbank has 0.2. That’s five acres per person in Greenbank. Room to roam, and an easier probability of remaining far beyond the reach of someone’s sneeze. 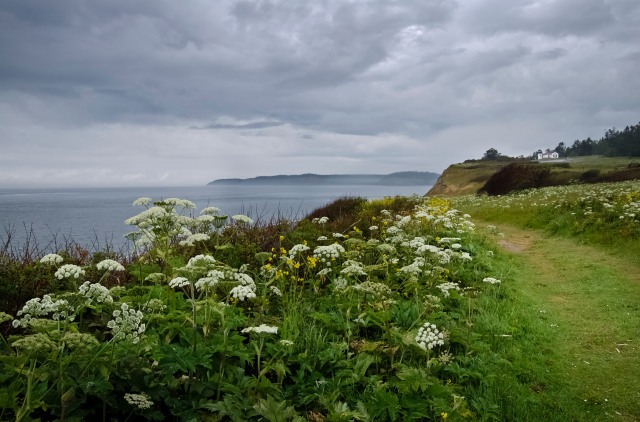 Put it all together and find that either there’s a lot of land not covered by town designations, or there’s an error in the database; but Whidbey Island’s overall average is 345 people per square mile, 0.5 people per acre. That’s a 160 foot radius around each resident. Stand at the fifty-yard line of a football field and put everyone past the goal posts. (Ignore the sidelines.) Socially distant enough?

It is fun to play with arithmetic on Pi Day, especially when we can use something light in serious times of social distancing, washing hands, and cleaning every surface (while accidentally touching finger to face). These are serious concerns; but situations like this are also times to appreciate inherent benefits to some places over others.

Islander stores may not be the first to be resupplied with toilet paper (really?), but the island’s uncrowded spaces can have more than a visual appeal. Today, the topic may be keeping bugs at a distance. But some people are drawn to rural lands for an acoustic buffer from a noisy neighbor, privacy, room to farm or run livestock, or to steward a bit of nature.

Despite our inherent distances, the more valuable commodity may be community. People are running errands for those who can’t or shouldn’t. Government and businesses are adapting and accommodating. Some are offering services they didn’t consider before, like food delivery. While we may laugh at over-reactions, those over-reactions may be keeping more than one bug at bay. All of this oversupply may turn into the basics for earthquake preparedness kits, something also vital. That may be the best support we can share – from a distance.

Maybe that’s why land prices for larger lots are rising. 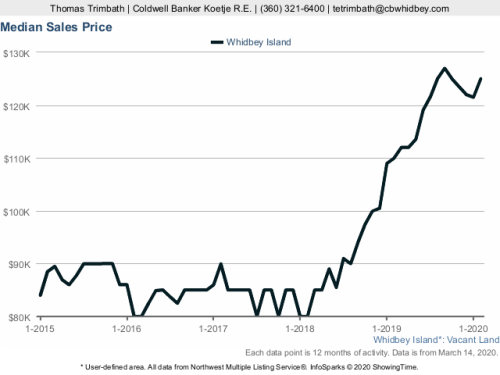